Art Stewart: Bart, let me begin by asking you to explain the developmental context in which you found yourself when you arrived at Molson Coors.

Bart Alexander: Corporate responsibility was an important part of the heritage of both Coors Brewing Company, and Molson Brewing, that merged to form Molson Coors almost a decade ago. The tag line of Molson Canada had been, “Proud to play our part.” Coors had always been known for its engagement in the community, and in recent years, its commitment for environmental responsibility.

When the new global company was created, I was charged with pulling it all together into a coherent strategy. We found that managers and leaders across the company already saw elements of corporate responsibility as part of their job. Our goal was to reinforce that, identify gaps, and figure out where we could produce business value by doing even better.

Art Stewart: Surely there were challenges to building cohesion even within an organization that already had significant consensus for building business value out of a commitment to responsible practices?

Bart Alexander: We had a fairly complicated plan with five different platforms, various areas within each platform, and dedicated targets for each. It was challenging to explain it to our leadership as well as our employees because it made it appear as if we were somewhat demeaning of what had already occurred. Pulling together a cross-functional team, we created the idea of our beer print. When you put a beer can or bottle down, you leave a little mark. That’s what our company does – we leave a mark on people, communities, and the earth. All our corporate responsibility work is about more enjoyment of our product in a responsible way, more investment in the communities where we live and work, and providing a safe and affirming work environment for our people. All the good stuff we need to do more of – and less of the concerns such as alcohol abuse, pollution, or safety problems. Achieving that simple way of explaining our priorities held together.

Art Stewart: Despite good things in place when you arrived, you also observed some disparity among parts of the business and their respective CSR endeavors. One might observe this as the typical historic challenge with CSR programs in large, complex global businesses: Different units have varying imperatives and become empowered to run off in certain directions to protect their agenda. It reinforces a silo culture. Is that a fair assessment? 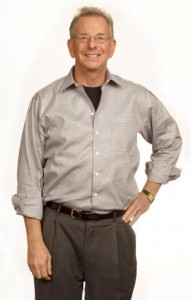 Bart Alexander: Yes. The way we managed out of that model was to find two members of our executive leadership team to serve as essentially cheerleaders for corporate responsibility: The Chief Legal and Compliance Officer, and the Chief Supply Chain Officer. Supply chain, in this case, was the entire brewery operation and product process, not just procurement. These two individuals then co-chaired an executive team comprising all the significant business leaders in the organization. They oversaw development of a strategy and plan with benchmarks that we provided on how performance was to be measured against the GRI, DJSI, or FTSIE4 frameworks. We identified gaps and the areas for achieving the greatest impact from any focus on improvements. The process led to a strategic plan and a corporate strategy that we referred to as our ‘brew’: The company purpose, our global ambition, our values, and key planks. We coined it ‘Big, Hairy, Audacious Goals’ or BHAG. Two of these involved traditional measures of profit and brand growth; the other two focused on employee engagement and our recognition as a world class purveyor of corporate responsibility practice. It became part of our strategy and integrated into our planning.

Once it was shared with every employee, we then evolved that senior group to create one at the vice presidential level with key personnel who have operational responsibility for the business. For example, the team leader who spearheads technical issues and governance work would naturally be the operations head for the environmental, safety, and procurement aspects of the business. It became a Corporate Responsibility Council; an opportunity for cross-functional, cross geographical visibility.

Art Stewart: This council that you formed, where you were able to engage fully with the technical operations leaders, created uncommon linkages between the strategic imperatives of your CSR program and the everyday priorities of those who do the heavy lifting of running the business. Historically, many CSR programs fail to fully mature because an organization has been structured around jurisdictions that promote entrenchment. You have silos with strategy, risk management, corporate legal counsel, ethics and compliance, public affairs, government affairs and marketing, for example. They are reinforced by the culture. Isn't it a challenge to ensure that these traditionally disparate functions engage consistently throughout the program's life cycle so that it may reach its full potential?

Bart Alexander: Absolutely. If corporate responsibility is seen to be something bolted on, then you have the problem of how to engage the organization. Often, a corporate responsibility department produces plans with sign off at a senior level but then going out across the enterprise to sell it and achieve true buy-in becomes problematic – if not political.

We took a slower burn approach rather than imposing it from the top, building it bottom up. Therefore, the goals and targets were self realized and self actualized by the very folks who would reap the direct reward of any success. Like-minded colleagues encouraged various parts of the company in their own planning process to bring a different lens to the table: “Where can we innovate and bring new ideas to fruition using this lens?” It became part of the annual operating plan of each part of the business.

Art Stewart: In retrospect, regarding this built-in construct that you employed at Molson Coors, what worked well and what fell short of your expectations?

Bart Alexander: Looking back, the great recession was a significant factor. In Molson’s business, with the dependency upon younger men at legal drinking age to 35 specifically, that segment has been hit pretty hard economically. Our sales rates were not what we hoped they would be. Like most companies, we had a lot of hard decisions about the targets we’ve set. Were our ambitions still relevant in these economic times? That is what has stalled a lot of the more aspirational corporate responsibility or sustainability initiatives in many companies of late. Things got tougher than what was expected. Profit margins were maintained more by reducing costs than increasing top lines. It is a tough environment in which to invest in innovations that hopefully result in new forms of value creation.

To Molson Coors’s credit, for the most part, we viewed that context as more of an opportunity than an obstacle: To demonstrate how corporate responsibility can drive both top and bottom line transformation. Reducing waste in our water and energy use has brought substantial progress in our cost of goods. The global recognition we received for our practices had a dramatic impact on employee dedication. We achieved a new baseline in that regard but taking it to the commercial side is another challenge. Our customers are retail consumers so we needed to continually align with the large players, such as Wal-Mart and Tesco, to make our contribution to their progress in developing preferred supplier relationships. We looked beyond the rational and emotional attachment to our brand to connect the growing interest of millennial consumers in responsibility issues to strengthen those relationships.

Art Stewart: Institutionalizing responsible business practices at large complex manufacturing organizations requires very deliberate investments in resources. What activities are required to transition sustainability practices into a form in which they become a source of real value creation?

Bart Alexander: That’s the million dollar question or probably billion dollar question. Coming out of the financial crisis, there was a belief in most C-suites that, “We’d better address the responsibility agenda and do things right because our consumers are going to be looking pretty hard at who we are.” That moment in history was a big boost to this field. But in reality, the supporting evidence has been mixed. Company leaders might now say, “Yeah, there’s a lot we’ve learned about risk management and key alliances, but we’re not so convinced that our corporate responsibility will attract a new consumer away from our competitors, or cause us to lose customers if we don’t move fast enough.”

Many of us thought that values would be core to purchasing decisions in the future. Leading companies invested in corporate responsibility even as we entered into recession in order to be positioned favorably when the economy came back. In reality, people have cared more about value, what they can actually afford, than values.

I want to believe that values still matter to most people. I think this flight to short-term value is more temporary than permanent. We see growing evidence that there has been an underlying shift where people really want to know what’s behind the company that they’re dealing with. I’m convinced that companies that continue to invest in corporate responsibility will come out way ahead on the other side. AS

Bart Alexander spent nine years at Molson Coors Brewing Company, most notably as Chief Corporate Responsibility Officer. During his tenure, Molson Coors was recognized as the most sustainable beverage company in the world by the Dow Jones Sustainability Index, a leader in climate change action by the Carbon Disclosure Project, a Newsweek Green Sustainable Company, and a “Top 100 Corporate Citizen” by Corporate Responsibility (CR) magazine.