Art Stewart: Gloria, how has leadership practice evolved over the last five years or more?

Gloria Burgess: From where I stand in my work Art, involving corporate and school administration to philanthropy and human services, if there is a red thread it’s that leaders are becoming more aware that they don’t need to have all the answers. Recently I did a talk at a big aerospace company. One of their awakenings is that the hierarchy that has served them well for the last 100 years is not the structure that will serve them well for the next 100. They are waking up to the limits of management and the frontier of what leadership may be able to offer them going forward.

Gloria Burgess: In this instance, many people think aerospace is about manufacturing and it is not. It's about assembly. Which means that for a huge global organization, in order to be competitive, they have to not only pay attention to what they do best, but also how their suppliers work with them – many of whom are pretty sophisticated. They are realizing that they need to change their game to be conversant with the organizations and alliances that they work with. It is also about what business they are really in. What they came to understand was, not only were they in the assembly business and not manufacturing, but in the not-so-distant future, they could actually be in the hospitality industry. Then their competitors would not be other aerospace companies but companies providing hospitality on the ground.

Art Stewart: The sea change in business models now underway is an opportunity for a different set of leadership traits to be applied up and down the hierarchy. What are some of the traits that constitute a new, emerging form of leadership?

Gloria Burgess: More companies are paying attention to what leadership means and who can be a leader. Leadership is not necessarily positional. An essential trait that is emerging and cascading throughout the organization is communication; not so much a sense of being a good communicator yourself, but being able to listen to the wide array

of stakeholder voices that are clamoring to be heard. With our hyperconnectedness, listening in to consumers, community members, to anyone who touches the organization and to be responsive will be a necessary trait going forward.

Also, diversity and inclusion will become more of a competitive edge for those who understand what it means to bring different voices to the table. In my work with women’s leadership, I hear often that they don’t get invited to the table. I say, “Don’t wait for an invitation! Make a place at the table for yourself.” Many women think that they shouldn’t have to work as hard to be included in the good old boys club. My response is: Things are changing, but not that rapidly. In some sense, women still have to bear the brunt of the lack of awareness and inclusion that remains part of the fabric of many organizations. While I’m hoping that my daughter won’t have to do that, in the meantime we still have to equip ourselves as women, work a little harder, go a bit faster and longer to reach that day when things really will be equal.

Art Stewart: How do you respond to the women activists who are in the thick of the battle, as you are, who would take an opposite point of view; that the establishment should already be more aware and responsive to natural equality in organization systems?

Gloria Burgess: Of course the pushback is there and my response is, “This very thing is our responsibility.” You cannot have action if you don’t start with consciousness. Let me be clear: I’m not dismissing or discounting their view. However, men are still coming into awareness. If it’s not in your paradigm to act a certain way, how can you be held responsible for doing so? Systemic change, in this case, requires women being seated at the table to be directly part of what needs to happen. We are approaching a tipping point. Generation X and the Millennials are taking up the banner, but we still have two generations in the workplace that may not have full consciousness. It is our responsibility to help them get there in order to have that egalitarian conversation.

It is also about understanding that we have four generations in the workplace; each one represents a facet of diversity, a voice, to be included in terms of the value that they can bring. By acknowledging that people work differently, you can ensure that whatever conversation you are having makes room for different ways of knowing, expressing or collaborating.

Art Stewart: To some extent, you’re advocating a different form of activism within the system...

Gloria Burgess: Absolutely! As an African American woman, I have to work harder and smarter in addition to educating people who are open as well as those who are not. That’s part of the deal and I make no apologies for it. I see it as an opportunity to be healthy, worthy and sustainable.

Art Stewart: How are management models and organization cultures being reshaped?

Gloria Burgess: Organizations are rethinking management. There are some organizations that know they need a more distributed model; that legitimate power and authority should not reside in one or two places. It is also about being nimble and flexible – changing on a dime if necessary to effectively respond to the product lifecycle of your industry or sector. A centralized, one person knows-it-all approach will no longer work. Culture trumps everything. With the customer so close these days, communication so immediate, how we do things is critical. More and more we will see organizations being very deliberate, very intentional about building and managing their culture as well as transforming it. It is your values and how you communicate them to new hires, your supply chain, people you do business with. It is being intentional with those values in your overall strategy.

Art Stewart: You have worked with an array of organizations that are all at a different place on the success arc. Can you pinpoint a core set of values that the most durably successful organizations uphold?

Gloria Burgess: The core values I believe that cut across multiple industries, sectors, types of organizations and communities form a short list. Integrity is one; being honest, authentic and whole. Paying attention to all facets of the culture including stakeholders and the community. Ensuring consciousness for what I’m doing to, with and for the planet. Another one is service; giving back and passing on what has come to an organization.

Art Stewart: You stress that one of the most important choices a leader can make is the shift from success to significance. How so? 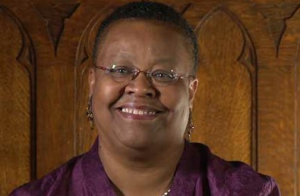 Gloria Burgess: For most northern hemisphere Westerners, we are climbing the career ladder, pursuing whatever our version of success is, which usually entails material or monetary gain; salary, our home, vacations, automobiles, stuff. That is one way to think about success. For many others, it’s something else entirely. Therefore, the move from that material success to significance is not so much about, “What can I attain or buy? How much money do I have in the bank or how much am I earning? What’s my last raise or bonus?” It’s really about, “How can I take my gifts, talent and skills to pivot those human and spiritual resources to do something for someone else – for the next generation?” That’s really the shift that I’m referring to; from material to spiritual success and significance.

Another way to think about it is not making the shift at all, but understanding that leadership isn’t so much about what you know or accomplish, or what you can do with what you know. It is about who you are. How do I impact the formation of a human being from the time that they are a toddler so when they become an adult leader in an organization, they understand that it is foremost about who you are.

Art Stewart: You are describing a more organic behavioral model of leadership…

Gloria Burgess: Absolutely! In my world, the African American community, we come out of the womb understanding what service is. It is just how we are; who we are born to be. Community is first and foremost. The collective interests are at the top of the hierarchy. The family is first, then our neighbors and community. The individual takes a back seat to the collective. On the continent of Africa, it is what they call Ubuntu: “I exist only in the reference point of the collective, of the village.” From my mainstream American management and leadership training, the individual takes precedence. They’re at the top of the hierarchy, and just maybe we think about the collective as secondary. It is a very different paradigm. Having been born African American in the U.S. at this particular time in history, I’ve had to learn how to be multicultural, multilingual in how I move about in the world – particularly within organizations and systems.

Art Stewart: Is it your view that apportionment around the preeminence of the individual is part of the problem that companies are now waking up to? Is there a need for a more collective or democratized model of an organization system?

Gloria Burgess: In short, yes. U.S. culture is particularly steeped in the individual as are many European countries. Not to paint with a broad brush but many European countries also have this very individualistic, hierarchical point of view. However, there is a growing awareness that they need to shift that dynamic. The notion of legacy consciousness, which much of my work focuses on, is essential for organizations to think about. Every single choice we make as leaders in our organizations, in our families and our communities matters. We are leaving a footprint behind for succeeding generations whether we’re conscious of it or not. If we have the ability to be conscious, we have the capability for coexistence. Just being in the moment and being present is not enough. We need to hold ourselves responsible in the moment for what we’re doing on behalf of the future. AS

Gloria Burgess, Ph.D., is an acclaimed international speaker, author and executive coach whose success is a testament to her triumph over extreme poverty, racism and sexism. A seasoned executive in the computer technology, banking and philanthropic sectors, Gloria broke through the glass and cement ceilings to become the first black female executive in the computer industry. Having presented keynotes to tens of thousands of people in nearly 30 countries, she has shared the stage with such notables as Dr. Phil McGraw, Marianne Williamson and Bernie Siegel. She has also been featured on television and radio, including NPR and British Public Radio. Her many clients include Microsoft, Starbucks, Boeing, MSNBC, Farmers Insurance, AT&T, Executive Women in Texas Government, the Equal Employment Opportunity Commission, and the National Parliament of Kenya, among others. Gloria’s most recent work includes two books on leadership in the Building Leadership Bridges series and Dare to Wear Your Soul on the Outside. Focused on values-driven leadership, her work has received praise from the late Warren Bennis and Peter Block. Gloria is also Founder of the Lift Every Voice Foundation, which equips urban youth with leadership and technical skills. She holds a Ph.D. from the Annenberg School for Communication and Journalism at the University of Southern California and an M.B.A. in Organizational Behavior and Information Systems from the Marshall School of Business, also at USC.