Note: This blog post originally appeared on the web site of the Corporate Responsibility Association (CRA) in December 2014 as part of a series that Art Stewart authored in his role as a CRA Blogger.

As the reporting sector achieves new milestones in transparency, materiality and integration, other segments of the global responsibility movement struggle amidst the natural tensions created by the missionary zeal of the change agents – and the reflexive resistance of the old-guard establishment who perceives change (to say nothing of transformation) as threatening. 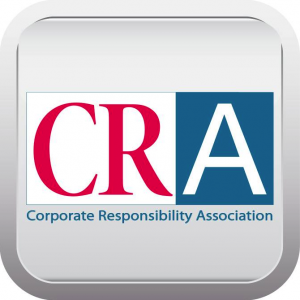 It’s no stretch to recognize some correlation between what characterizes America’s current public policy debates, and the tug of war to fully embrace and assimilate responsible behavior in the journey to a new business paradigm.

Justice, inclusion, equal opportunity, liberty and resourcefulness are only a few of the themes that are playing out in both arenas. The corporate responsibility movement, with its various sub-sets that include Conscious Capitalism and Shared Value, parallels in important ways the broader push to transformation across society.

We see this clearly in how the financial and investment communities increasingly factor a range of traditionally soft drivers such as reputation and brand equity, ethical management, human capital practices, and leadership competency and integrity into a new equation for defining market value versus the traditional calculation for ‘valuation’.

Yet the push to achieve higher standards and more consistent compliance regarding the operational protocols for sustainable supply chains is being hampered, to an extent, by organization cultures and outdated procurement models. Widely applied practices, such as “Total Cost of Ownership” (TCO), incentivize cost containment and the squeezing of excesses out of the supply base over value creation. Procurement personnel are often constrained by policies that require approaching suppliers as cost drivers and inhibitors instead of strategic collaborators and value enablers.

With global networks becoming increasingly intricate and fractured, difficult manufacturing, sourcing, logistics and distribution challenges will only be solved by transparent, trust-based partnerships that reward innovation through open dialogue, team decision-making and interdependent business relationships. Taking a holistic approach to one’s position in the broader ecosystem must be institutionalized with reinforcing systems, processes and policies regarding ground-level operational issues. Internal teams need to take a different look at how they measure success, how problems are approached, and the manner in which opportunities are pursued. 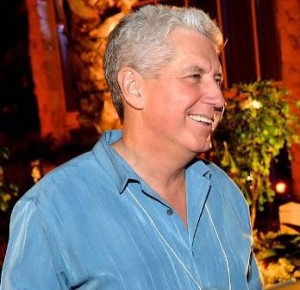 Meanwhile, public stakeholders are grappling with a pervasive breach of trust and confidence regarding their historic relationship to various societal institutions. As a result, many corporations have cause to reconfigure their place in the life of the local communities in which their economic vitality is dependent upon. When an organization’s internal understanding of ‘reality’ diverges from the expectations of its own external constituency, gaps emerge bringing new risks and liabilities. C-suite leaders are now seeing that failing to effectively respond to expectations of accountability can trigger what is already a growing punitive mindset on the part of the American public, consumers and corporate watchdogs. Respecting that fear factor requires responding as diligently as they do when they work with regulatory and legal forces.

Widening divide creates opening for more conscious leadership
These dynamics, and a range of others, are widening the divide between two distinct streams of organization design – providing clarity for contrasting approaches to leadership. All of us can name the obvious players holding forth at both ends but most organizations are navigating the vast landscape that’s in-between the two.

On one end, the old-guard protectionist model reigns, requiring a reflexive clinging to what many argue are the dying assumptions of “conventional wisdom”. Traditional priorities such as share price, multiples, and equity ratios are reinforced by a “divide and conquer” pursuit of market domination. Authoritarian or top-down governance models are accompanied by a lack of disclosure regarding non-essential information (hording of intelligence), an “us or them” inside-out orientation and linear product push-pull strategies. Having the trust of employees and other stakeholders is presumed and mandated. Board dynamics can be incestuous and an ‘old boys club’ culture is perpetuated by a sense of privileged prerogative.

On the other end, an alternative paradigm is forming led, in part, by a new generation of self-actualized contrarians who see recalibrating the balance between profit and purpose as essential to any durable form of capitalism for the 21st century.

Such a vision accounts for the criticality of traditional financial drivers but within a context of re-apportionment. Accountability and transparency are essential for assimilating alternatives such as self-governing or flat management structures. Decision-making is premised upon knowledge management that flows easily through strategic clusters versus siloed business units. Traditional approaches to R&D are evolved to more collaborative innovation methods that better ensure multi-stakeholder throughput – such as Crowd Sourcing, Shared Value, cross-industry alliances and technology transfer programs.

For these organizations, an outside-in orientation is instinctive. The corporate agenda is more deliberately formed in alignment with public interests appropriate to the competitive context in which they operate. Public policy issues are managed less for liability containment and more to meet stakeholder aspirations. Corporate values and beliefs are “operationalized” into executable strategic acts or behaviors, which are benchmarked against KPIs and metrics for their impact upon value creation. These include human capital strategies such as employee “tours of duty” – and diversity practices that assimilate generational orientation along with diversity of thought or worldview, life experience, as well as cultural, family and community upbringing (norms of origin).

This new paradigm doesn’t shatter any ceilings (glass, pink or otherwise) as by nature, it does not enable traditional corporate socialization – such as groupthink or the politicized sub-cultures many of us have experienced. Ethics policies are used as guideposts to enhance resiliency and risk management, not as punitive oversight mechanisms. The trust of employees is seen as something to be earned and bestowed by consent. Boards are empowered through structures that protect independence.

A new form of leadership
How, then, will organizations create value in an era in which the mere notion of “value” is being redefined? I suggest that the path ahead requires a new form of leadership by those who truly see themselves as part of the ‘conscious’ next generation. These individuals will possess certain essential traits in order to obtain a state of “Conscious Leadership”: Change Agency; Strategic Influence (Shepherd); Emotional Acuity; Visionary Thinking/Peripheral Vision; a Systems Perspective; and a Seamless Integration of the Personal and Professional.

Here is a list of characteristics to compare against some of the old-guard behaviors we know all too well. How does your universe stack up?