As leadership strategists, SIP has a long history of being engaged to help senior executives and their teams navigate the terrain at the nexus of the business agenda, public interest values and stakeholder engagement.

From my own p

erspective, I developed a passion for this work out of a life-long interest in American history and politics that was recently capped off with the experience of living and working in Washington, DC during the Bush and Obama administrations while simultaneously pursuing a graduate degree in public policy.

But let’s set politics and policy aside in this forum to address the larger question on many minds right now: Can leading in business translate into making the business of government work?

In understanding how traditional business training may be applied to the workings of public policy, there isn’t much to go on. For the first time, we have an entrepreneurial business leader with no prior government experience about to become the nation’s chief executive and Commander-in-Chief.

CEO Leadership: A Driver for Value Creation
As the highest-ranking administrative authority within a privately or publicly-held organization (limiting our comparisons to the corporate model), the CEO presides over a diverse but interdependent portfolio of strategic functionality – from financial performance, legal and regulatory concerns to product innovation and competitiveness, human capital, and stakeholder well-being. There is arguably no more critical a responsibility in balancing the priorities of such a multi-dimensional agenda than maintaining and growing shareholder value. 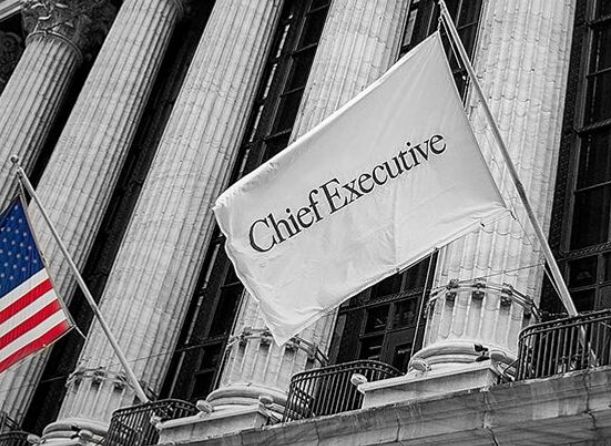 Whether shareholders comprise actual holders of stock in a publicly held enterprise or represent various investors and channel partners in a privately held venture, businesses survive or die more often by the single measure of deliverable value to those who have expended the personal resources that enable its very existence.

CEOs are expected to lead an organization – its internal resources and external stakeholder groups – toward continual value enhancement as they may define it. They put their business training to work in service of the organization’s wellbeing through a variety of operational mechanisms – strategic planning and competitive analysis, due diligence, crisis preparedness and risk management, cost controls, process compliance, inventory management, channel partnerships, resource acquisition, and information networks, to name a few.

Government: Ensuring the Fundamentals of Society
Contrary to the commercial market, the public sector – mainly government – is responsible for not just material assets or value delivery but literally life and liberty. While business operates within an open, level (the ideal) playing field of competitive free markets, government is charged with the security and maintenance of the system’s fundamental components.

Leaders in this context must balance the imperatives of checks and balances with national defense, criminal justice, and other involuntary transactions executed from a monopoly on the legitimate use of force. While business and government by nature pursue self-interested agendas, economic self-interest can be simpler than the complex, often inherently conflicting obligations of ensuring a holistic way of life.

More than in business, the politics of governing is central to reconciling multiple goals in order to deliver their product or service: consent, security, liberty, prosperity, justice and virtue, among others. Politics in government, more than money, creates the accountability and motivation for good performance – particularly in the executive branch.

Two or One of the Same
While business and government are charged with delivering their respective notions of value, business exists to compete for profit and grow equity for stakeholders while government exists to ensure accessibility and opportunity within a framework of accountability and fair play. Unlike a corporate chief executive who must answer to a board of directors and shareholders, a president is accountable to the public at large and, in some fashion, to America’s international constituency. Governing a nation is far more complex than the most diversified multi-national company with many political, economic and social goals.

Within this comparative framework exists the tension between leadership and management, leaders versus managers; it is a constant struggle for the executive to balance protecting and nurturing the vision against the imperatives of value delivery via execution and outcomes realization. Warren Bennis, the pioneering scholar of contemporary leadership studies, notes that leaders innovate, develop, inspire, possess a long-term perspective, ask “what” and “why”, and challenge the status quo. Managers, on the other hand, administer, maintain, control, possess a short-term perspective, ask “how” and “when”, and work with the status quo.

The notion of “have faith in me” is a recurring theme in scholars’ assessments of presidents, including an analysis of MBA-trained businessman George W. Bush by Fred Greenstein, who heads the leadership studies program at Princeton’s Woodrow Wilson School of Public and International Affairs.

Greenstein observes that despite scoring high marks for his organizational abilities, President Bush’s lack of tolerance for staff disputes during his meetings resulted in “deliberative processing” leaving “something to be desired”.1

University of Pennsylvania Professor and Political Scientist, Don Kettl, observes that the strength of the Bush CEO style was his unfailing ability to “focus on the big issues, decide on the major strategy questions and delegate the details.”2 Kettl added that Bush preferred to delegate most, if not all, of the detail work, leaving the primary decision-making fodder within specialized portfolios (i.e., economics and national defense).

The assessments of other contemporary presidential scholars, including former Nixon White House Counsel John W. Dean, are that despite their flaws our modern chief executives are expected to manage an extraordinary portfolio of responsibilities. It is also not insignificant that such job “duties” require a skill set that is rarely, if ever, a prerequisite for success in the more linear realm of a senior executive post at a major corporation.

One begs the question: What are we setting our presidents up for, given the complexity and speed of change in our world? Presidential Scholar Barbara Kellerman concludes that the American presidency has evolved to consist of a multitude of concurrent “chief” roles.3 These are:

All leadership models have their weaknesses and the business school trained executive, with the MBA management model, is no exception. One commonly cited concern is that its confident nature sets up a “we can manage anything” expectation since topical expertise is delegated as a domain of portfolio deputies. In business, results are everything and the means to getting there can be overlooked if the score ends up in your favor. Nevertheless it is a presumptuous approach that can compromise appropriate contingency planning – especially with acute situations that are common in government. The business approach can be linear and more autonomous; government is holistic and inherently interdependent.

Barbara Kellerman further observes that the American public, the political elite, and our international constituencies have historically placed “extraordinary” demands on our chief executive, requiring him “over and over again to prove himself to be all things to all (people).” According to Kellerman, we have expected our presidents to engage in:

In The Leadership Challenge, Authors James Kouzes and Barry Posner describe four attributes in the character of a leader that are crucial for success: They must be honest, inspiring, and competent in order to collectively deal with the one overall quality of credibility. Kouzes and Posner emphasize possessing credibility as the very essence of a leader and the “first law of leadership”. A grave departure from the public’s faith and trust, they note, is almost irrevocable: “If we don’t believe in the messenger, we won’t believe the message.”

The campaign is over. It’s time to lead. In short order, we will know more clearly what we are in for. AS

1: Remarks quoted at the Princeton conference by former Nixon White House Counsel John W. Dean, who reported on it in the first of a two-part series assessing the MBA presidency for FindLaw.com.
2: Don Kettl: Team Bush: Leadership Lessons From the Bush White House (McGraw-Hill; 1st Edition, 2003)
3: Barbara Kellerman: The Political Presidency: Practice of Leadership from Kennedy through Reagan (Oxford University Press, 1984)
Note: Material for this article is drawn from a term paper for Professor E.J. Dionne’s “Politics and the Media” course in my graduate program at Georgetown. The original paper, The MBA Goes to Washington: Managing the CEO Presidency was submitted in November, 2006.